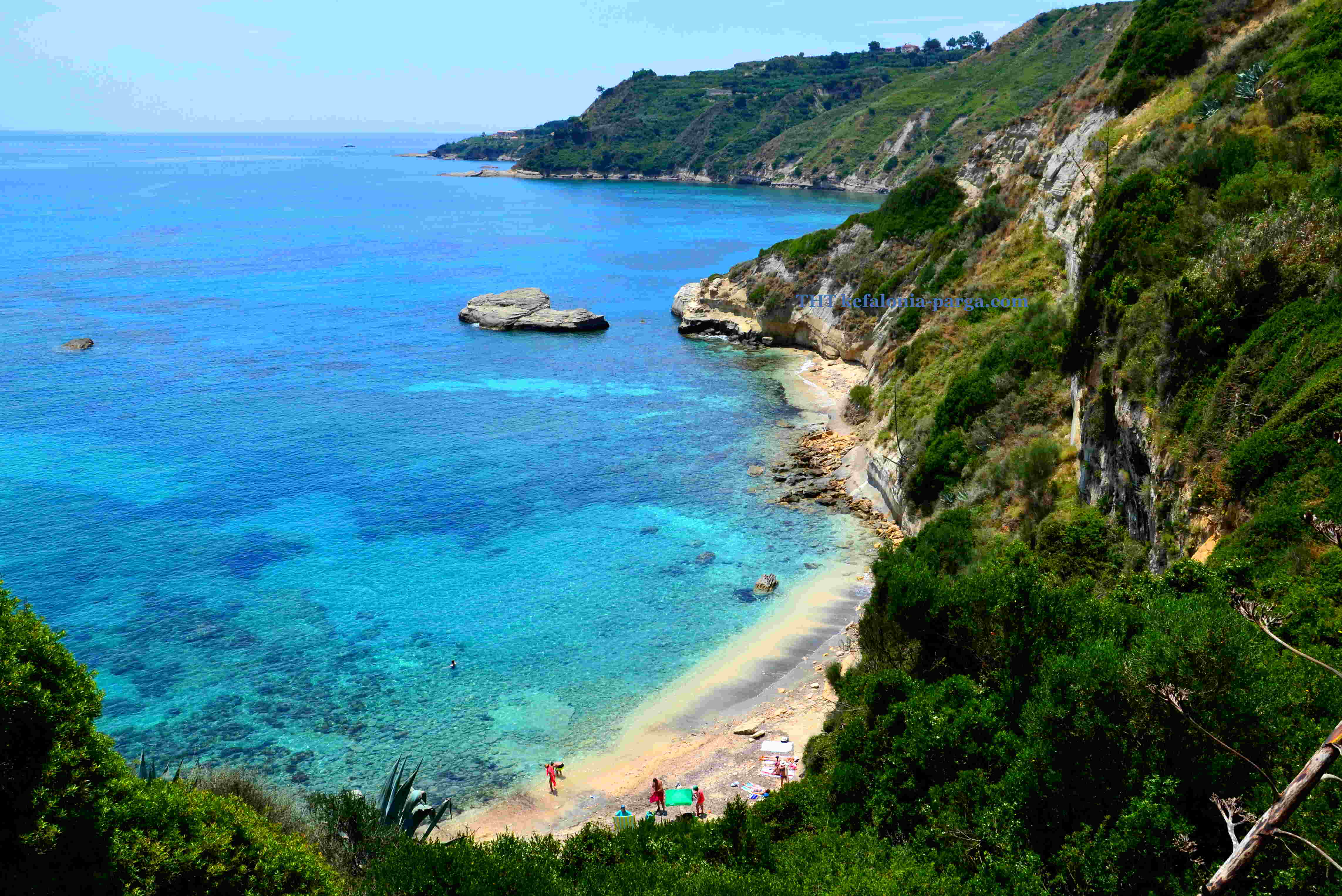 The Thermanti Beach is a secluded, picturesque beach in the town of Spartia.
Canoe fans like to rest here and admire the landscape. A steep path leads to the coast and it is not possible to get there by car. The beach is not equipped.
The sea-rugged coast of Kefalonia near the town of Spartia steepens up abruptly here, from where tiny paths stream down to the sandy beaches hiding in the ravines and at the foot of the cliffs. One of these "wild beaches" is called Thermanti and delights lovers of secluded relaxation on the coast between the villages of Spartia and Klismata.

To get to the beach, there is a narrow steep path, along which you can make the descent accompanied by the unforgettable views of the Ionian Sea and bizarrely rugged coastline.
The sandy Thermanti Beach is lightly "sprinkled" with boulders, which only add charm to its natural beauty. Do not forget to take drinking water, sunscreen, a hat or umbrella and something to eat - when enjoying a stay at Thermanti, you will be completely cut off from the civilized world!
Climbing upward will demand a lot of effort from you, but do not rush - admire the panoramic view, underwater islands, which are so clearly visible under a layer of clear water, and the islans of Zakynthos sheltering in a haze.

Information for arrivals to Greece